Here's a link with 2/23/2010 information from his then-campaign website recovered archivally, as other links to it produce nothing:

So how does Walker, having had almost unbroken control of all branches of the government, and having used every tax-cutting, targeted spending, subsidy-offering trick in the GOP playbook to boost employment confront the true facts as tries to sell his record to national audiences?

And how does he mask that jobs added in Wisconsin on his watch are in low-wage categories, and when matched with his signature on 'right-to-work' legislation, and his refusal to boost the minimum wage, means the state workforce and the outlook are more or less permanently mired in recession-era reality?

As he did on Twitter today to unsuspecting, less-informed readers: 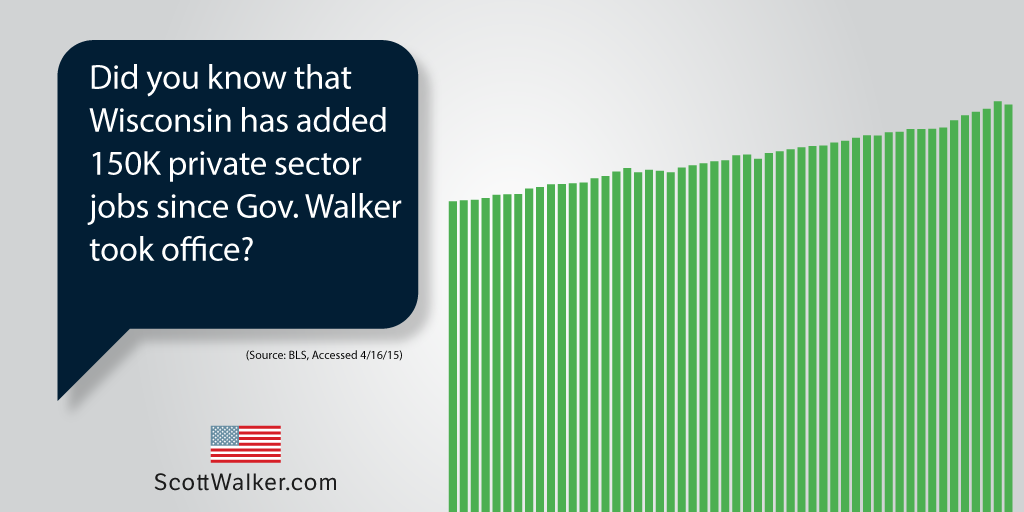 And, oh - - about those 10,000 new businesses which he promised and has said he wants credit for creating?

Turns out Walker is counting personal LLC's, and even non-profits, like Girl Scout troops, birdwatchers and Little League teams, records and published reports have shown.

Many of the LLCs are being formed to hold the assets and operations of corporations so that the Manufacturing Tax credit can be passed through to the personal income tax filings of the owners--no additional employees, just less tax revenue for Wisconsin.

And if you believe this Iowa, I have a bridge...

"Walker spoke to reporters Friday after addressing voters at an event for U.S. Rep. Rod Blum (R-Iowa). He told them that if he runs for president, he will campaign in Iowa up until November 2016 — and not just through the state's crucial caucus in the early part of the year.

Walker is clearly feeling the heat from his failed record, if he's trying this kind of weak sauce.