Which environmental, media outlet or political activist group is going to map and publicize Wisconsin's more than 800 officially-designated 'impaired' waterway segments, and color code them to indicate the year they made the list?

They are the watery equivalent of Scottholes, and need the same publicity to highlight and correct the neglect.

Because this much is known:

*  There has been a doubling under Walker of the number of polluted waterways in the state since his 2011 swearing-in.

*  And there have been more than eight times as many waterways - - 804 - - newly added to the official polluted lists...than the 96 waterways improved enough to be removed.

And Walker's budget and staff cuts at the Wisconsin DNR are designed to reward polluters and more easily degrade the state's environmental legacy and obligations. 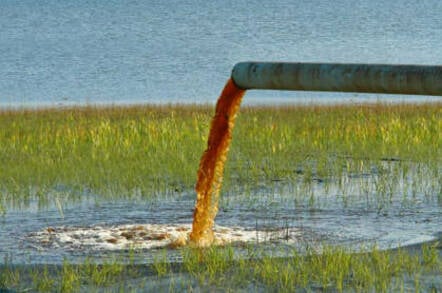 Scottholes and Walkerwaters, if there was not so much pro-Walker propaganda cast across the state's media echo chamber, these might derail his bid for a third term. Of course, the fact he tried to ditch Wisconsin almost immediately after the 2014 race, despite promises he would serve the full-term, should cost him the election in 2018; but the state's media has flushed that fact and massive failure down the memory hole.

The fact Walker proclaimed we needed 2 border walls, Trump's Mexico wall and then one between Canada and the U.S. should make it impossible for him to win a third term, but don't expect any honest reporting on that either. Most of all, his humongous 250,000 job promise in his first term, still not attained after 2 full terms, should be enough to defeat walker; but the media recast that as a "Big Idea" (tm).

I hope more pickup on your theme here, the many ways Walker is destroying what is arguably Wisconsin's greatest asset -- its waterways -- now polluted as Walkerwater.

Scottholes, Walkerwater, the Fox Ccon, WEDC pay-to-play, no hope of achieving his signature first-term signature job promise, stagnant or even lower wages, divide-and-conquer; there are many reasons Walker should lose this fall. While Wisconsin media does tease with some of these stories from time-to-time, it still is mostly dominated by pro-Walker propaganda. The only question is: Can the state-wide disinformation outlets put enough lipstick on this pig?