Let some sick numbers which are driving the poisoning of Wisconsin people and policies sink in:

In fact, Wisconsin's relentlessly faster-spreading outbreak is sending more new COVID patients to ICUs than are getting that treatment across all of Canada.

Yet Wisconsin GOP legislators remain on their campaign season-facilitating and extensive fully-paid vacation here, so are add to the problem they have enabled through self-centered sloth.

People of good will across party lines In Wisconsin have to vote out these failed office-holders and begin planning recalls of the most deleterious incumbents who remain in office after Nov. 3rd. because their unscientific dismissiveness - 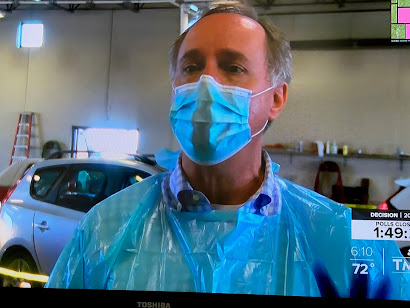 - or outright policy obstruction which has accelerated an out-of-control public health emergency.

Legislators swear an oath to faithfully and impartially carry out their duties to the best of their ability, but undermining the Democratic Governor's COVID-prevention obligations by sitting on the sidelines since March while the worst pandemic in a century rages on here makes this oath into just another COVID victim: