Take a moment out of another COVID-complicated day made more dangerous by GOP death cultists who believe the virus is no big deal - and even mock it - and absorb the latest on-the-record-self-inflicted wound by a GOP Wisconsin state legislator. 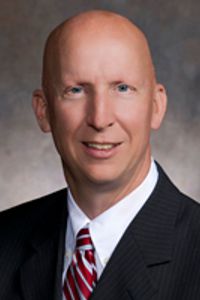 "Believe me, there are not a lot of geniuses" in state government, Stroebel said.

I am afraid that's what we call going full-on Pee-Wee Herman.

A few hours later, a packed indoor Trump campaign event in Menomonee Falls on Monday where best pandemic-preventing-practices were ignored gave us a glimpse into what a local government's COVID-19 control measures looked like in the conservative Waukesha County Village of Menomonee Falls. 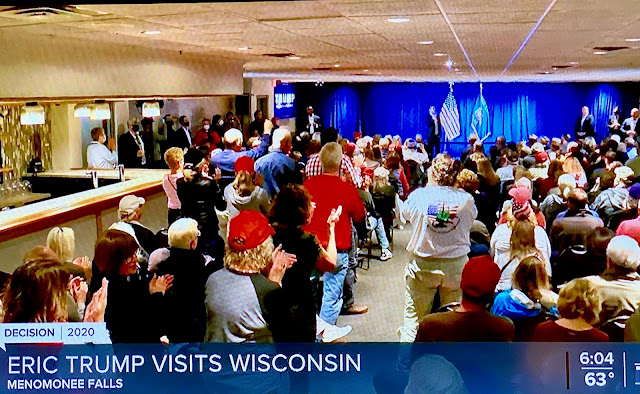 And don't be thrown by the 'village' designation, as Menomonee Falls is a significant jurisdiction:

And we'd already seen public health measures openly ignored in Winnebago County, so how surprising is it that the virus is raging there, as was reported four days ago in a Journal Sentinel story about a popular local bar owner's battle with COVID-19:

[Mark] Schultz, 64, is the co-owner of Oblio's, a bar in Oshkosh that is beloved by a city that now has the highest rate of COVID-19 infection in the country, according to a New York Times analysis.

The Walworth County sheriff said, the office "will not be responding to complaints of individuals suspected of violating the governor’s mandate, nor take any direct law enforcement action as it relates specifically to the governor’s face covering mandate...

Stroebel's remark takes its place in the Wisconsin GOP's pantheon of pandemic self-parodies, including fresh statements by two GOP state legislators which downplayed the pandemic's severity:

...state Sen. Howard Marklein told his southwestern Wisconsin constituents that hospitals were not overrun and there was no correlation between a rising number of infections and hospitalizations or deaths. That day, a hospital in northeastern Wisconsin had to treat people in hallways because it was so overwhelmed with COVID-19 patients.

This trend began in April when State GOP Assembly Speaker Robin Vos said it was "incredibly safe" to go outdoors before he appeared in layers of anti-COVID protective gear.

His buffoonery was followed some time later in the pandemic when GOP State Senate Majority Leader Scott Fitzgerald was reported on August 3rd to have justified his opposition to the Governor's masking order this way:

"I think things are going well right now, people are complying if they want to."

On that day when Fitzgerald was whistling cheerily past the state's COVID graveyards, Wisconsin had already reported 949 COVID deaths and 55,000 positive cases and the case tally in 'incredibly safe...going well' Wisconsin has ballooned to more than 160,000, data show.

Nobody processes the Wisconsin news better and packages with the caustic wit that Jim Rowen does.

"Reckless and negligent" suggest a lack of regard for human life, a simple lack of caring. WTF is Ott talking about?