A thought about the WI GOP's COVID gaffe machine

When the history of Wisconsin in 2020 is written, will we ever learn the identity of the hacker(s) with regular access to the GOP's messaging apparatus, who, in the face of Wisconsin's brutal and escalating COVID realities

kept supplying key Republicans with ideas and materials that allowed mainstream reporters to produce stories with these actual quotes or headlines:

Republican Assembly Speaker wears protective gear while telling voters they are "incredibly safe to go outside.

* Then GOP State Senate Majority Leader Scott Fitzgerald's miscalculated dismissivemess in August about the value of mask-wearing when the fast-spreading virus was already rampaging:

“I think things are going well right now. People are complying if they want to.”

* Along with this month's "'believe me, there aren't a lot of smart people" in state government,' uttered by State Sen. Duey Stroebel. 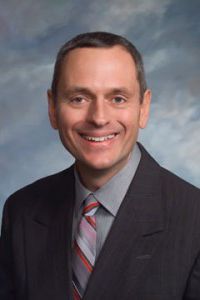 Rep. Joe Sanfelippo, who heads a health panel, contends there is nothing more the government can do to fight COVID-19

There has to be at least one mole inside the Wisconsin's Republican's servers who is pumping out talking points worthy of The Onion Hall of Fame because no group of professional politicians could keep attracting so much self-destructive media without a lot of help.

And if these GOP legislators are doing this on their own, maybe Duey Stroebel is more accurate than he knows, and shame on me.

A groovy press release from the Wisconsin Hospital Association and 30 other "conservative" organizations dropped yesterday or this morning. They support people taking voluntary actions to stop the spread. Only the Tavern League and Pro-Life Wisconsin are missing from this list.
"Madison, WI – As Wisconsin’s COVID-19 crisis continues to grow, the “Stop the COVID Spread!” coalition is launching its first ad campaign with an urgent message to Wisconsin residents about the crucial need for preventative measures to stop the rapid spread of COVID-19 across the state.
Former Wisconsin Governor, United States Secretary of Health and Human Services, and current University of Wisconsin System President Tommy Thompson encourages Wisconsin residents to stay safe in the ad, alongside students from the University of Wisconsin System schools. The University of Wisconsin System is one of the members of the recently launched “Stop the COVID Spread!” coalition."

Here is the rest of it. Try not to gag: https://www.wha.org/HealthCareTopics/S/StoptheCOVIDSpread/Press-Release-Stop-the-COVID-Spread!-Coalition-Lau.pdf?fbclid=IwAR2oZxUVnidHecp4QW_pLRzgnjlqkgw9aXgfm2JjRtkFjNs4nyPSkfKt8yk