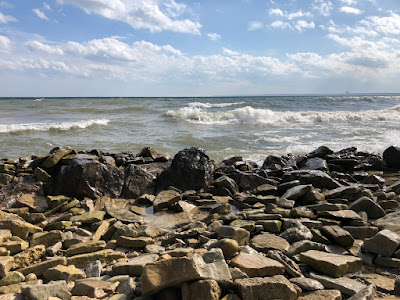 that has nearly quadrupled in projected costs, and also expects state financing to cover the balance, Waukesha officials report.


Waukesha estimated Monday that its water pipe from Milwaukee, and return flow pipe to Wauwatosa, [reprogrammed to Franklin, upriver from Racine] will cost $78 million.

Put that up on your refrigerator and see...that number grow.

For record, Racine remains Waukesha's toilet, as Racine's current Mayor had put it a few years ago, and when the Root River floods as it does like this motorist learned just a few months ago, once the flushing begins, effected homeowners will have to absorb also the fact that their tax dollars helped put water in their basements

I also remember when the Waukesha Common Council overwhelmingly voted down a plan to put a referendum on the ballot about replacing or allocating between $12 and $22 million to repair its city hall.

But if other taxpayers can kick in, well...

I wonder if Waukesha-area officials, usually skewing deep red and begrudge low-income citizens taxpayer-supported food and shelter, can tamp down or correct their anti-government rhetoric?

The Walkerite WOW communities were all developed on the taxpayer dime, abandoning Milwaukee and then complaining about the need for public funds to clean up the economic disaster urban/white flight created.

It isn't just this latest example of hypocrisy that should sink they false claims of "conservatism" that the media regularly heaps on republicans, Walker, and his GOP cronies. All of the suburban development was done on the taxpayers dime -- massive public expenditures on water, sewer, utilities, roads, highways, roads, and many other amenities.

In many ways, no segment of our economy is more subsidized than real-estate and realtors, perhaps they pretend to be fiscal conservatives to misdirect their the loot they steal annually from the public coffers.

Good post, important issue, but it is much bigger than Walkersha and its sham water-diversion project. Walker treats state money as a candy jar to hand out to his base so that they will join him hiding their deception by screaming that they are fiscal conservatives.

Walker is a sham, but, as usual, the fix is in. Wisconsin was just nabbed for setting up Tuesday's election systems to be open to hacks -- even from Russian servers:

File-Sharing Software On State [Wisconsin] Election Servers Could Expose Them To Intruders:

Don't believe election officials who now proclaim the problem is fixed -- there is not way to know this, there is more than one way to hack results even if they have disabled FTP.

The point is: WHY WAS THIS THERE IN THE FIRST PLACE AND HOW LONG HAS THIS EXPLOIT BEEN THERE?

There is a reason that, just like in 2016, Marquette law Poll shifts its data to within the margin where elections can be flipped and it is entirely undetectable. Please get out and vote, as the fix was in per the above link, likely still is in some way, and if the actual vote has Evers up by 6% or less they election can be stolen by flipping no more than 3% of votes at some wards or in tabulations.

On public funding for growth away from Milwaukee, absolutely correct.

Commission Executive Director Meagan Wolfe insisted during a conference call with reporters Friday that she remains in charge of state elections and the commission's software is secure from hackers. She says the troops were activated so they'd be ready if needed.

Remember, this is the guy that tweets melted ice cream, ham sandwiches, and greasy lunch bags. This is significant.

There is no legitimate reason to do this and it has never happened during the lifetime of virtual all voters. The actual order is vague, though Walker claims its about cyber-security -- HA!