Hearing footsteps and opposition ahead of pivotal Town of Wilson elections on April 7th, the Kohler Co. is out with a new, "minimalist" redesign of its controversial, lakefront golf course just south of Sheboygan.

The high-end course would be built on a 247-acre nature preserve the Kohler Co, owns, and has generated substantial local pushback.

The revised plan - - you can read the company's release about it, here - - does acknowledges a loss of wetlands at the site and will compensate for the losses by adding or improving other wetland acres, as the state law requires.

The redesign appears to all but drop that part of the plan requiring the acquisition of 33 acres of adjoining state park land under a sweetheart, $1-yearly-lease, but proposes a) some shared Kohler/state land use, and b) golfers, course visitors and users of the popular state park can somehow share a narrow park entrance/exit access road.

Sort of like letting developers build on 247 acres behind a farmhouse with everyone sharing a single driveway.

You can decided for yourself if an eighteen-hole golf course, club house, and added traffic is the best way to "let the land breathe," as Kohler's planners claim.

The photo below looks northwest, with the Lake Michigan to the east, the Kohler nature preserve ticketed for golfing to the west and the state park to the south. 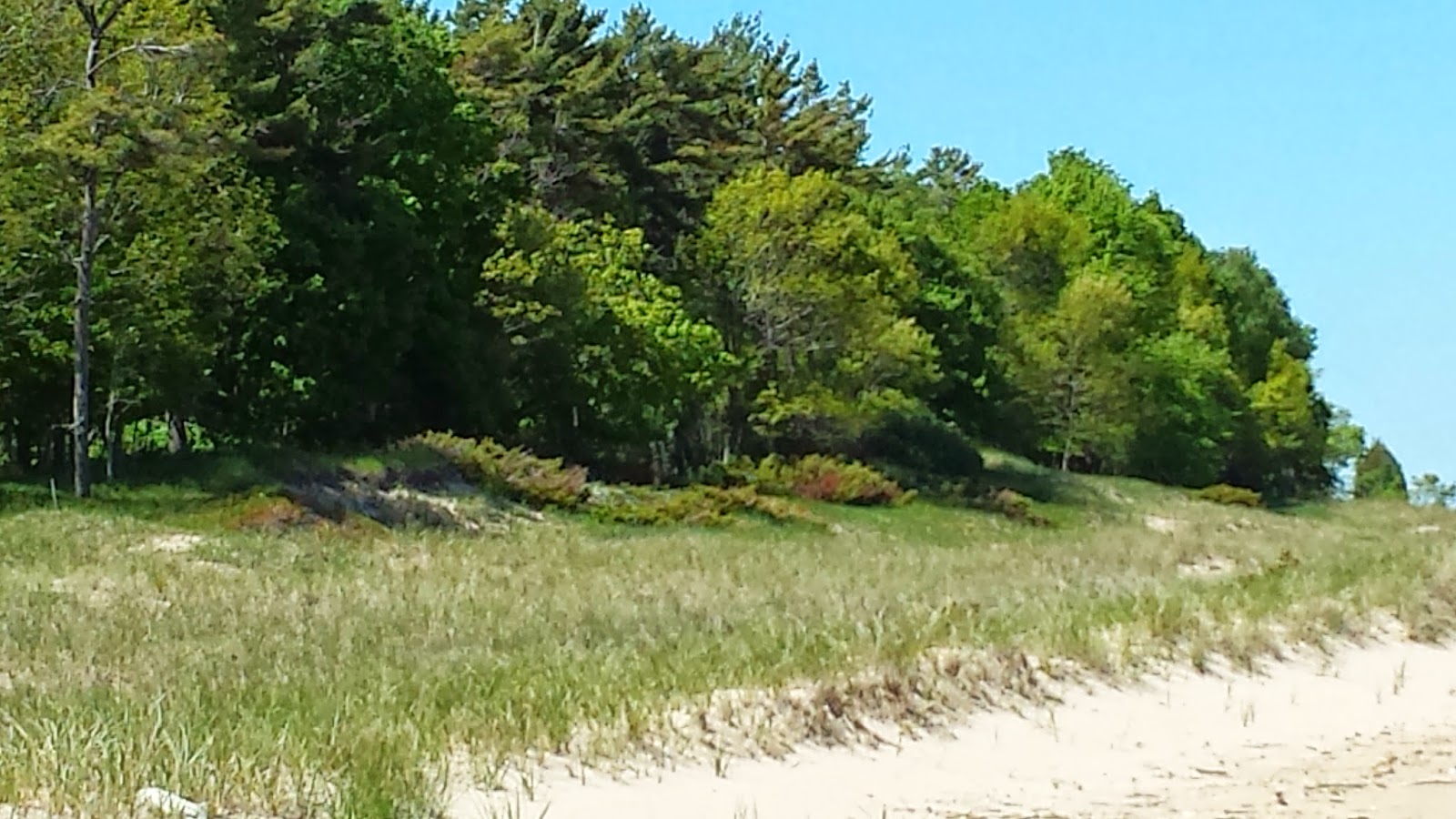 The grapevine says that a team of DNR officials has been meeting with the golf course planners; no permit applications to either the agency or the US Army Corps of Engineers has been filed.

The Town of Wilson board has yet to take a formal position on the proposal and whether it fits into the Town's development plan.

Note also that there is a separate plan requiring state assistance to enable the construction of high-end golf courses in Adams County.

You can bet that once they get there plan approved, there will be more "redesigns" and the public be damned then. No one will enforce approval process when plans change anyhow.

It is insane to think they can share the same State Park exit. If this were true, there would be no economic justification for the golf course, so we know Kohler is giving us a kohler-load of crap on this.

The state law requiring replacement or enhancement of existing wetland in exchange for destroying wetlands was passed under Walker. DOT under Thompson used to allow this but it never worked. Mostly a low quality wetland is created.

You're all missing the point. Kohler, once this project gets rolling, will not be expected to replace or enhance wetlands destroyed for their golf course.

They will say the millions and millions of urinals, toilets, sinks, bathtubs, and showers qualify as wetlands and, if they cross Scott Walker's palms with enough money, this will be deemed good enough.

A Walker budget/aid to low income people/environmental protection story that I haven't seen covered in this blog yet but might be of interest to readers:
http://www.bluecheddar.net/?p=42017