Add a bus-load of Wisconsin residents from Northern Wisconsin around noon to the standing-room only crowd at the 10:00 A.M. Assembly mining bill hearing at State Fair Park today.

They made a strong statement in various ways: 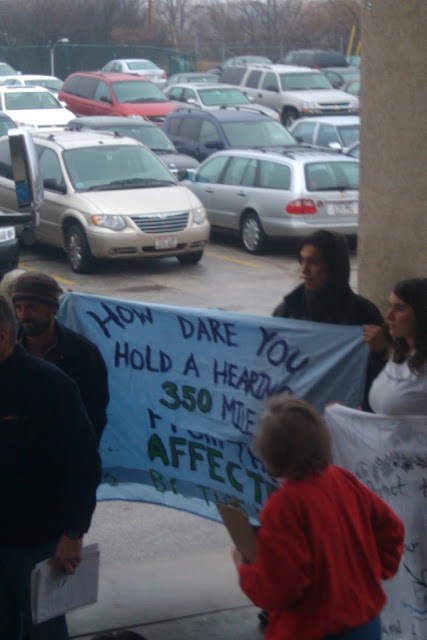 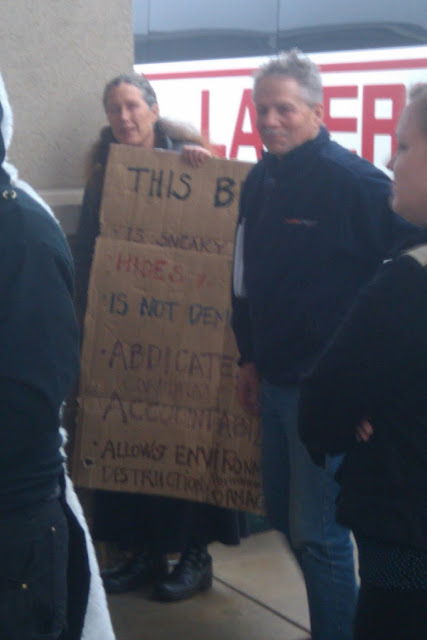 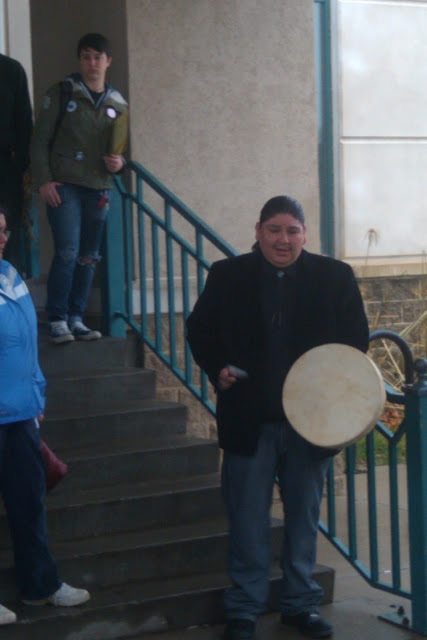 The State Fair staffer at the facility front desk said he'd put out 370 chairs, so with standees and the bus passengers, I'd put noon-time attendance at about 425, with a handful walking in or out of the building at any one time. 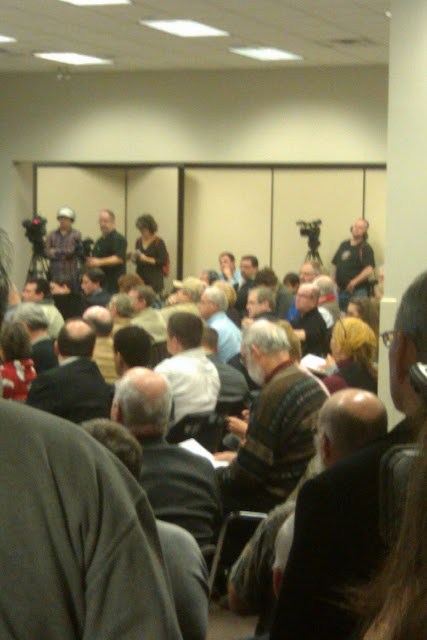 I saw one person walk in around 11 A.M. wearing a blue "Stand with Scott Walker" T-shirt. I didn't see anyone going out of their way to stand with him.

Heard some justifiable unhappiness with procedures established by the committee. Fifteen speakers chosen in advance could go to the head of the line, so at three minutes apiece, plus the time to introduce everyone, etc., a woman with a speaker number in the 120's at noon said she wasn't going to stick and around to talk.

Combine that with prior campaign donations and bill-drafting input by the mining companies, and the Senate holding its companion hearing at the same time - - but in Madison - - and neither held up North, you can see why these hearings have sham written all over them.

They are now alternating pros and cons in the testimony to get more "pros""--most of whom just showed up--in the speaking line before many others who got here early and are still waiting to speak. Someone who was number 30 but anti-mine has still not come up at 2:30.

The Senate and Assembly Natural Resources were executive committee meetings so there was no chance to comment on bills that were formerly known as SJB 24 or the pollution over people act. I think they have to go through separate hearings still.

Do you really want to stop the mine? Simple. Go to northern minnesota with an airplane. Take a video of the same type mining there. Many holes are as far as you can see of devistasion. You would never consider a mine again. A commercial with a video of the Minnesota region would be like the videos they show smokers to quit. It would be shock treatment. These mines are like a justice system. It does great harm to everyone it touches and it was all about the money for the greedy anyway.

Do the math. The mine will bring in at best a few million into the economey. A simular mine called yellow dog in Michigan claims 6 million. The profit for the Canadian company their is 6 billion for all the workers , taxes, everything and everyone invovled will be 6 million. That is a insult. This is 1/100th the profit. If they mine our state resources all the money must go to the state. Not Canada. Are selling our state for 1/100th of it`s value. That`s our Street walker mentality.

You can see what mining has done to northern Minnesota right on Google Earth. Enter, for instance, Virginia MN (a small town in the mine area). Look to the north and west of the town for a great big pit, retention ponds, etc. There are many others. Not a pretty sight.