MADISON - Wisconsin nurtures the world's largest population of the globally rare Karner blue butterfly, and people have a chance to review and comment by April 22 on the renewal of the federal permit governing how landowners can avoid harming butterfly populations while pursuing projects in areas with Karner habitat...

The butterfly was listed as federally endangered in 1992. The Wisconsin Department of Natural Resources received a federal permit for incidental take in 1999 after developing a statewide Habitat Conservation Plan. The incidental take permit allows certain activities - such as roadside maintenance and timber harvests in Karner habitat - but makes sure those activities are carried out in ways that conserve and restore the butterfly and its habitat, like waiting to mow until after the butterflies have completed their annual flight. 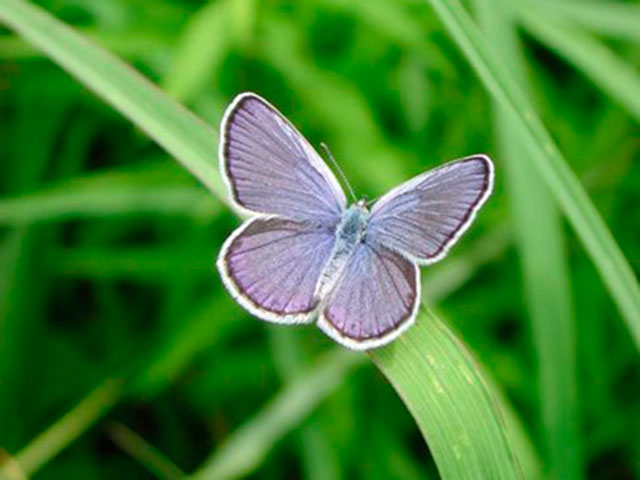 Let's hope that Stepp and Walker didn't fire or drive away the very people needed to keep the Karner population secure and expanding.


Those of you that haven't had the pleasure of peeking behind the scenes of our state agencies like DNR, Health and Family Services, etc...need to know how some of the most far-reaching policies come down on our heads.

The most crushing/controversial rules that businesses have to follow in our state are--most times--done through the "rule making process" of our state agencies. Without bogging everyone down with some really boring procedure talk, suffice it to say that many of these great ideas (sarcasm) come from deep inside the agencies and tend to be reflections of that agency's culture.

For example, people who go to work for the DNR's land, waste, and water bureaus tend to be anti-development, anti-transportation, and pro-garter snakes, karner blue butterflies, etc...This is in their nature; their make-up and DNA. So, since they're unelected bureaucrats who have only their cubicle walls to bounce ideas off of, they tend to come up with some pretty outrageous stuff that those of us in the real world have to contend with.

I could go on and on with examples of some of the most ridiculous stuff I've seen come down the pike, (no pun intended), but for the purposes of this post, I am going to pull out a quote from the Legislative Fiscal Bureau's summary report on the outcome of the "budget negotiations" that legislative democrats had with each other. (Note: I said with "each other." There were no republican ideas or motions accepted AT ALL during the Conference Committee process. No surprise there.)

When an agency sees an urgent need--example would be Chronic Wasting Disease management plans--they're allowed to implement an Emergency Rule. Understandable, since these ideas get an urgent run through the Joint Committee to Review Administrative Rules (affectionately known as JCRAR) without much public notice or scrutiny. The process is there to address emergencies ONLY.

Well, sometimes agencies try to use this process as an end-around the legislative process to implement Rules, which end up having the same affect as Laws. (Those of you who have piers in lakes or culverts at the end of your driveways have probaby experienced these Rules.)

O'k, I went waaay wordier than I intended, but here's some language that was inserted into this BudgetPig that should scare everyone--regarding one of our agencies, the Department of Commerce: "it may promulgate the initial rules as emergency rules without the finding of emergency."

Why should this scare you? When (not if, I said WHEN) they give this authority to the DNR there will be more of a whooshing sound as businesses run for the borders.

It's always the fine print in these things that have the heaviest hit.

Just another example of the democrats game plan: Change the Rules to Fit the Players.

Shout it with me, now: HYPOCRISY, THY NAME IS DEMOCRAT.
Posted by Cathy Stepp at 12:19 PM

"Change the rules to fit the players."

Well, let see if the shoe fits Cinderella in the case of the DNR's turning a blind eye when submitting knowingly misrepresented information to seven other states know as the Great Lakes Compact Council in submission of Waukesha's precedent setting Application.