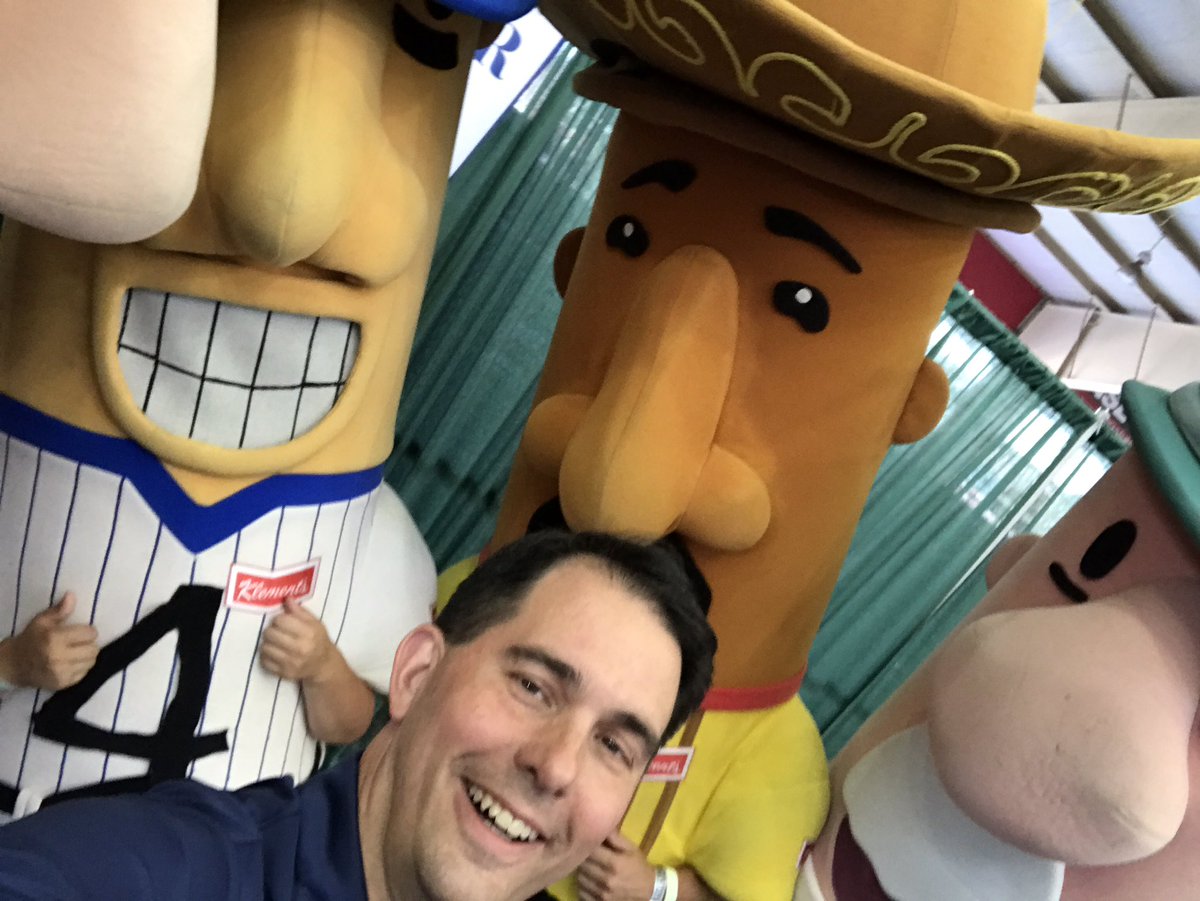 Scott Walker will not offer comments condemning Trump, racism and hate for the simple reason that Walker's campaign depends on racism and hate, (call it resentment).

Walker and Trump regael themselves with adulation as effective tactical manipulators. Their key to political success is ole-time white supremacist posturing which both accomplish with smirking self-regard.

MAL is completely correct. The GOP needs the vote of racists to have any chance of winning, and Gov "UNINTIMIDATED"'s cowardly dodging on this issue is a two-way tell

2. He still needs the racists on his side.

So keep it "out-of-sight, out-of-mind", except for the obvious dig-whistle of "reinforcing the border."

Kelda Roys called out this disgusting two-step routine from Scotty this week, and more Dems need to follow suit.

All good points (comments and original). What needs to be part of the dialog is the systematic racism that is embedded in Wisconsin. This predates any of the current politicians that exploit it. Kelda Roys may be saying good things now, but what are her achievements doing something about this?

I am glad Tom Barrett didn't run -- third time was not going to be a charm and Milwaukee has economic and lead contamination problems that are as racist (or more-so) than anywhere in America -- including Flint, Michigan.

Tony Evers has done nothing about the most racist schools in America as measured by virtually every assessment done since 1992. Yes, the problem predates Evers, but he is now complicit with DPI standing-down on his watch.

As long as Scott Walker place the race-baiting card carefully, he wins, as no democratic candidate will be able to demonstrate they have stood up in a meaningful way. While many laughed (rightly so) when Scott Walker claimed we also needed to build a wall between the U.S. and Canada, I am sure this was a lame-brained and feeble attempt to deflect from the inherent racism of what Trump was advocating for.

Defeating Scott Walker is going to demand that communities that are currently under-served and marginalized get out to vote. Wisconsin has made it harder to do so and it was never easy. Even in the 1980s, voting in Milwaukee meant standing in long-long lines that would never be tolerated in the rest of the state.

While leading in the polls now, Evers cannot beat Walker, because a sizable group of voters has no reason to get out and vote based on empty promises. If you ask in some communities, you will find that once Evers got elected, he stopped gladhanding with them all together.

LBJ was right, "If you can convince the lowest white man he's better than the best colored man, he won't notice you're picking his pocket. Hell, give him somebody to look down on, and he'll empty his pockets for you." (Fact-checked as true: https://www.snopes.com/fact-check/lbj-convince-the-lowest-white-man/)

I want to be hopeful, which is why I share. It is not too late for some Democratic candidate for Governor to address these issues in a meaningful way. To do so, however, the discussion has to go beyond Walker, Trump, and dog whistles. We need to bring a large group of disenfranchised voters to the polls in the fall.

When you're surrounded by alligators, it is time to realize your mission is to drain the swamp.

At least he posed with the Chorizo. It's like the Secretary of DHS thinking she could redeem herself by eating at a Mexican restaurant.