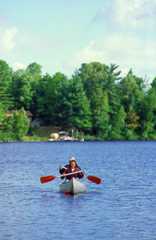 step up - - and there are many, many more steps to be taken - - from the previous administration's budget cuts, special-interest obeisance and goofy party invitations:

Today, Governor Evers signed his first biennial budget, which makes critical investments in important priorities for our state, many of which reflect the budget proposal he announced in February.

As the governor said today, this budget is a down payment on The People’s Budget and the work we have yet to do for our state’s future.

Because of the governor’s proposed budget, the broad public support for the governor’s priorities, and the people around the state who advocated for and supported the governor’s budget, we were finally able to move the needle in many critical areas for the first time in years.

While the governor said that the budget passed by the Legislature did not go far enough to invest in our priorities — and even considered vetoing the budget in its entirety — the governor believes, as I do, that people must come before politics.

That’s why the governor instead chose to exercise his broad veto power with 78 partial vetoes that improve this budget and align it more closely with the budget he crafted with the people of Wisconsin. A major theme throughout the vetoes was removing earmarks while retaining funding so that our administration can make decisions based on our agencies’ expert assessments and projections.

Some budget highlights relating to the DNR include:

The budget also invests in you. The Legislature retained the governor’s proposed pay increases that the governor and our administration is committed to elevating state employees’ voices and continuing to look for ways to support your service to the state.

While many see this as the conclusion of our work on the budget, this budget is just the first step on the road ahead. There is much work to do and many Wisconsinites who are counting on us to serve and continue to lead the way governing like the state of Wisconsin deserves.

I am looking forward to continuing to support the governor in fighting for the important projects and initiatives that were removed from the governor’s proposed budget that was written by and with the people of our state. There are many things that we can do in our agency to continue supporting the governor and the will of the people.

Let’s get to work.

Too many Walker holdovers to really make any progress.

All of the management is still there that think that employees are there to be abused. A few policy changes aren't going to change the culture.