Wisconsin Republican legislators let slip the mask that hides an inveterate racism at the very time they are continuing to fight statewide emergency masking orders Gov. Evers has issued to stem the spread of the pandemic which the same GOP legislators have enabled in Wisconsin through a toxic partisan mix of ignorance, denial and sloth.

Seems if a mask involved, Wisconsin Republicans are about to disclose another creepy fail. 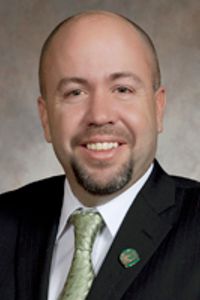 The subject matter: how to mask the insincerity of a task force Vos was purportedly forming to examine racial issues after the controversial police shooting in Kenosha of Jacob Blake, a black man:

Props to UpNorthNews for the scoop:

Assembly Majority Leader Jim Steineke wrote he wanted to “figure out some guardrails,” providing illusion of Republicans being open to reform while making Democrats look bad.

Despite expressing apprehension in the email about the potential “political loser” effect, Steineke volunteered to lead the task force, saying he did not feel like it would get in the way of his political goals....Two weeks later, Steineke was named the task force’s co-chair.

Steineke seems to have put a lot of time and thought into his selfless 'sacrifice' on behalf of his colleagues - and forget about the real life-and-death issues at stake - but his message and Vos's willingness to buy in by making Steineke chair of the task force [sic] - are not the only times Wisconsin Republican politicians or close allies have released their bigoted beliefs or behaviors into the public square.

* Most recently there was Tom Tiffany, Wisconsin's newest rightwing GOP Congressman, who while 'representing' northern counties which are home to many Native Americans, signed a public letter urging Pres. Biden to withdraw the nomination of the woman who would be the first Native American to ever hold a US Cabinet position.

But let's go back a few years, because Henry Ford notwithstanding - history is not bunk:

* There was GOP Gov. Scott Walker campaigning for votes during the 2012 recall election in the heavily-Republican and upscale Waukesha County enclave of Oconomowoc Lake on a message of 'don't let Wisconsin become another Milwaukee.'

Seriously, what kind of an elected Chief Executive uses language like that about a state's only big city...where most the state's African-American residents live...within borders frozen since the 1950's by a Milwaukee-only anti-annexation statute?

* And Paul Ryan's publicly-uttered claim that urban poverty exacerbated by the holes he and his trickle-down Ayn Randian party cut in America's safety nets was caused by lazy black men.

* There also was the more recent devaluing of minorities by Wisconsin State Supreme Court Chief Justice Patience Roggensack. Not just a state district judge, but The Chief Justice.

Who displayed some easy, on-the tip-of-her-tounge stereotyping from the bench by minimizing an outbreak of COVID19 at Green Bay meatpacking plants which employ large numbers of minority workers by observing that the pandemic had not yet spread to 'regular folks.'

So her injudicious and unscientific conclusion was, what...whew?

* A similar theme was echoed a few weeks later when GOP Assembly Speaker Robin Vos said the rising COVID19 caseload in his Racine County district was traceable to 'immigrant culture.'

As opposed, perhaps, to crowded and unsafe working conditions on factory assembly lines, or other known socio-economic factors in Wisconsin?

Well, that would be embarrassing, especially since Vos is a career Racine County politician who spent much of early 2020 undermining the Governor's pandemic-control measures, and then adjourned the Assembly to  a do-nothing vacation at full pay that lasted into 2021.

Vos responded on Twitter, saying: "Listen to what was said and not the sensationalist headline. Facts show communities of color are disproportionally impacted. That's science."

Of course, serious people who respect social, medical and political science understand know that that official governmental policies and GOP restrictions or cuts to transit, and food aid in Wisconsin have done systemic damage to communities of color.

Vos made the remarks to reporters immediately following an appearance at a Madison luncheon.

Asked if he would take the expansion money as a means of striking a deal on other legislation should Democrat Tony Evers defeat Gov. Scott Walker in November, Vos responded emphatically: "Not going to happen. No way. Never."

Or as he put it, unambiguously: #never."

Let's be clear: Vos and his party have exacerbated the very economic inequities which make minority populations in Wisconsin more vulnerable to illness, including COVID19.

The Wisconsin Department of Health Services spells that out its webpage about Covid19 and "Racial and Ethnic Disparities:"

People who work in essential jobs or live in high-density housing are more likely to contract the virus because of unavoidable person-to-person interaction, and those who have less access to quality health care and certain chronic diseases have more severe outcomes.

These conditions for greater exposure and worse outcomes have been concentrated in communities of color due to decades of deliberate policy choices and racist institutional practices like systemic housing discrimination of Black families, disinvestment from low-income neighborhoods, and breaking treaties with Tribal nations.

For example, racial residential segregation has led to poorly-funded schools and educational outcomes for these communities, resulting in employment opportunities that are limited to sectors with high-exposure, low-paying frontline jobs that provide little protections for workers’ rights, often do not come with benefits, and fail to provide adequate paid sick leave.

Furthermore, disinvestment from these neighborhoods has left communities with fewer grocery stores, lacking safe places to exercise, and more polluted air and water resulting in higher rates of chronic diseases, which can lead to more severe outcomes from COVID-19.

These long-standing unjust conditions become compounded by an unequal response when, for example, those in frontline jobs, as well as the communities at large, are under-resourced with personal protective equipment, have limited access to testing, and lack the necessary investment in community infrastructure and public health to appropriately respond to a crisis of this magnitude.

All of which Team Vos will continue to ignore.

Which is why when they had the chance to study and legislate on policing and justice reform they gaveled in and out of session in a matter of seconds - a repetitive maneuver legislative Republicans have used since Evers defeated Walker - to stiff Evers and burnish a Badger State GOP variation on the Mitch-McConnell  obstructionist brand.

Steineke is my "representative." I have engaged with him many times and it was pretty obvious that this is who and what he is. It's amazing that people think that pointing out their bad faith is uncivil somehow. This story is that bad faith writ large for everyone to see.

Excellent survey of WisGOP's divisive race-baiting and at-large attitudes that do harm to the entire state.

All throughout this is who they are. Go back in the pages of the state newspapers from the time of the open housing marches and read some of the elected GOP members quotes. Move forward to school desegregation and do the same thing. Even when bussing was ended these fools couldn't help themselves. Look back in the papers to the ones who were part of setting up the program and came forward when it ended and said that they had secretly and purposely designed it to fail. They bragged about knowingly wasting billions of taxpayer dollars, watering down the effectiveness of a chance for a better education for students and also defying the spirit and intent of the courts' orders and the settlements. They openly came forward and bragged about it.

Yep. THIS IS WHO THEY ARE. All politics and power-grabs, with no concept of public good or a care about tge stats they leave behind.

Nothing about that story surprised me. But it tells a lot, doesn't it?