Why no metal crash safety railings atop Hoan Bridge walls?

Highway engineers have said bridge walls in Wisconsin can and should have metal railings which curve inward towards the traffic lanes to redirect an out-of-control vehicle away from a fall over the edge, and in light of a recent such fatal crash off the Hoan Bridge a couple of weeks ago, it's worth asking why the rebuilt, $240 million span does not have this safety feature?

Some people say the bridge prior to the recently-completed reconstruction had such railings. The photo accompanying a story about the recent fatal crash and showing what looks like the earlier iteration of the bridge (see the flawed section?) seems to show what appears to be such railings.

I had noticed last month how low is the wall, and now I see in the shots and video (seems to not open!) I took Wednesday on the bridge looking East showing - - with updated photos posted Thursday looking to the West - - no safety railings on top of the walls: 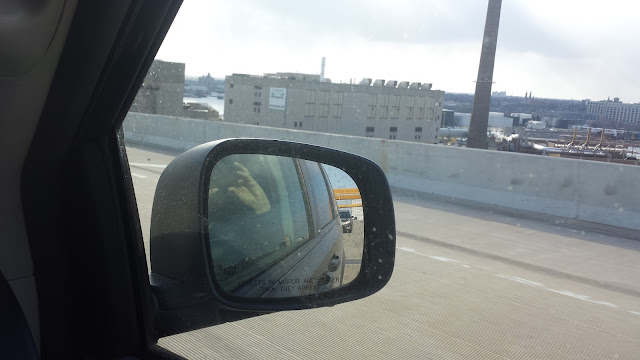 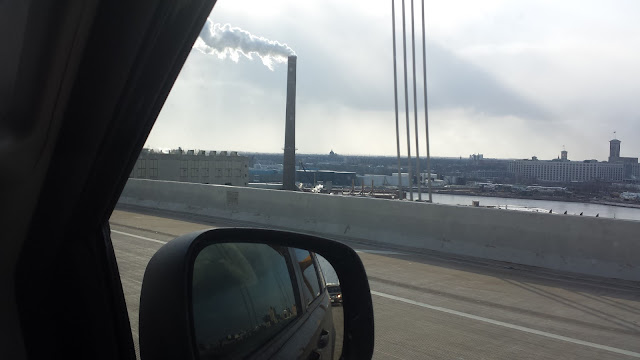 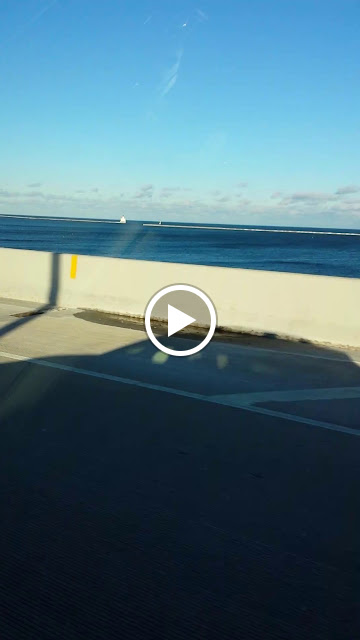 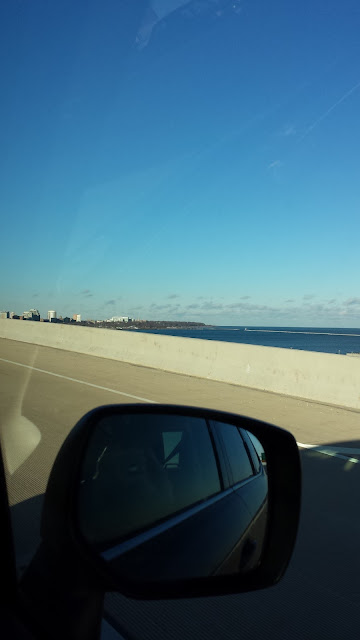 Remember, Milwaukee's Bridge to Nowhere was a boondoggle from the get-go and was mocked around the county. The freeway stubs for many years served no purpose other than as a convenient movie set for the Blues Brothers.

The harbor cruises, at least in the past, used to point out to everyone on the their excursions that Mayor Dan Hoan was always AGAINST lakefront development of this type. There was never a reason to build the bridge as there was never any consensus on that Milwaukee-Chicago highway corridor.

The bridge was initially the Harbor Bridge, but then renamed after Mayor Hoan, but this was not done to honor his legacy as the longest-serving Socialist mayor in the U.S. (24 years). Hoan actually left that party and joined the Democratic Party after losing the 1941 election. His political career as a Democrat did not result in any more elected offices.

If you live in Bay View, its a nice "backdoor" commute, but when you look at the demographics of that neighborhood which is blessed with excessive infrastructure development with the way Milwaukee is starving the North Side and its streets are falling apart and will damage your car, it becomes clear why Milwaukee is considered the most racist city in America.

No one should be surprised that the bridge is lacking guardrails as the entire project to build it was a fiscal disaster and waste of taxpayers money. Its initial construction costs and upkeep & maintenance could have been directed to improve and maintain needed transportation corridors in this city.

The overwhelmingly white community of Bay View has a very expensive white elephant that is not even busy during the morning rush hour, unlike the High Rise bridge (a couple of miles west?) that is bumper-to-bumper from about 7-to at-least 9 am. Say what you want about the guardrails. The fact is that the bridge simply should never have been built and is leeching resources that the rest of Milwaukee needs.

There will be no economic resonance, and Mayor Barrett is being disingenuous to the extreme when he boasts about strip-mall, library/condo developments, and taxpayer-subsidized apartment building construction. None of these provide infrastructure to rebuild Milwaukee's failing economy.

Next time you are in Bay View, take a look at the vast empty industrial wasteland east of the Chicago-Milwaukee Hiawatha rail corridor (CP Rail). Drive down North Avenue from 45th St. to Palmer -- unsafe road that will destroy the suspension of your car and the old retail buildings are mostly empty storefronts now.

Look at the 35th St. Corridor that used to be an industrial area that made Milwaukee "The Machine Shop to the World". Its an urban wasteland and Scott Walker chased away the only private business interest that was willing to make an investment in the area (yes, the trainset fiasco that the media has flushed down the memory hole despite the ongoing massive costs to taxpayers.

I agree with your main point -- the bridge should meet applicable safety standards. But don't you worry, GOP will take care of that (either at national or state level), so it may be very difficult to get anyone to address your concerns at this time.

That bridge has always scared me to death with no real protection to keep you from going over the side. It is like driving up Pikes Peak in Colorado and looking down the side of the mountain from the vehicle.