Since today's ultra-conservative Republicans like to call themselves 'originalists' - and mind you, a truly originalist judge or Justice would decline to opine on a case involving electronic evidence because the words "Internet...email...cell phone...bytes" do not appear in the original US Constitution's text - why don't Republicans come clean, stop with their embarrassing, mockable and demeaning sour-grapy ploys -

Wisconsin Republicans seek issues they can raise in a recount, but no major problems have surfaced

- and say flat out say they want a return to the good old 18th-century days of American nation building when the Constitution turned voting rules over to the states, and women, enslaved Black people, men who worked the land but owned none - and some religious minorities in some states - were not allowed to cast ballots? 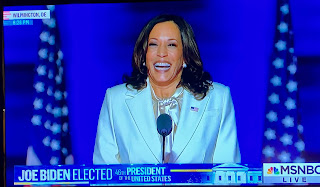 - because only the right people had voted.