A few thoughts about WI's 11/3 vote, and politics ahead

A few observations about the Wisconsin vote Tuesday:

* The decision to hire Wisconsin native Ben Wikler as the Dems party chair was genius.

* Assuming Biden's Wisconsin margin holds, and it should - recounts usually add votes to the winner -  it's a win - 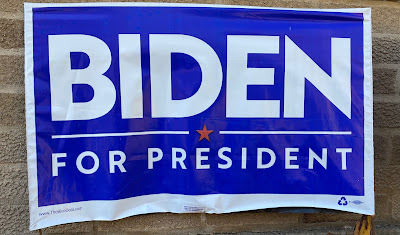 - and an important one here and nationally, too.

That said, Democrats will have their hands full here in 2022 because duplicating that turnout in a non-presidential year will be really difficult.

* It's also very a boon that the Democrats' net gain of two Assembly seats denied Republican legislators the veto-proof majorities they would have used to completely box Evers in for the next two years. Imagine what damage Vos and Fitzgerald could do if they expanded their 2018 lame-duck power heist to a full, two-year grab-and-go.

That said, again, Democrats will have their hands full in 2022. Not to undercut anyone's happiness about what looks like a Biden win here - and props to the hugely successful absentee-voting operations in Milwaukee, Madison and elsewhere - but planning here for 2022 is a priority and Republicans no doubt have been working on it since Walker got booted in 2018.

* The depth of divisions in Wisconsin across racial/ethnic/geographic/gender/educational lines is astonishing.

Even more astonishing is that half the electorate minus a tiny sliver was not moved enough by the pandemic's mass casualties in Wisconsin to assign accountability to the President or to GOP Legislators who have chosen for nearly seven months to let COVID-19 rampage unchecked throughout their own communities statewide.

So I am relieved that Biden appears to have a lead in Wisconsin that in all likelihood won't be overturned.

And that he seems to have a path to the White House - barring a democracy-killing Supreme Court heist.

But he and Evers will have gridlocks to navigate because Trumpism isn't going away, and it will resurface here in 2022.