Silly Wisconsin Republicans act out in the Capitol

- - and you think, great news, Republicans 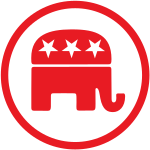 are finally acknowledging that Gov. Evers rather than a GOP shadow pretender is prevailing on the school issues former educator Evers knows so well.

Then you read the story and see that the 'deal' is only among members of The Tweedle Dum/Tweedle-Dumber Axis of Ignorance - - so, literally, no big deal. It'd be like, "spread the news, Trump struck a deal with Jared. Or Vladimir."

And speaking of Republicans and State Capitol doings, note that a GOP legislator has decided that the rules about carrying guns in the building do not apply to him.

The legislator, Shae Sortwell, a Republican from Manitowoc County, allegedly said the restriction was 'silly.'

By the way, "You silly-billy" or The Silliness Defense is usually heard on the pre-school playground, along with "I'm telling mom, you tattletale," "I hate you," and "No, you're the crybaby" - - less often from lawmakers where they do things like debate laws and pass budgets and other grown-up chores.

The rule about toting guns in the Capitol - -  which is actually part of a silly law apparently written for sillier little people without grown-up titles, was noted when a different Republican state legislator packing his semi-automatic Glock 26 on the Assembly floor made news in 2012:

Kramer told the AP he obtained a permit under Wisconsin’s concealed carry law, which went into effect in November. That law allows people who obtain a permit and go through training to carry concealed weapons in the state capitol as long as no sign is posted saying weapons are not permitted...

The Republican also admitted he’s not the only lawmaker carrying a weapon to work.

Kramer did not run for re-election after losing his leadership position and eventually being found guilty of two counts of misdemeanor sexual assault.

Ah yes, Big Bad Bill, the rootin', shootin' (off his mouth, mainly) self-styled Cowboy of the Wild Midwest, carrying his Glock to the state ledge and bangin' away on his gavel as Speaker ProTem of the State Assembly. He distinguished himself early on by standing up and clapping at the State of the State address when he was just an incoming freshman, clapping at the mention of soaring gas prices as an example of capitalism. Even the Waukesha Freeman called him "The Lone Clapper." Ran on a "family values" platform and was supported by the Repubs (including RoJo) even after his sexual harassments and groping hands were known internally. They only shunned him after charges became public and Kramer refused to toe the line. So proud to be from Waukesha and this fine land of puppets, morons, nasties, grandstanders, pro-lifers, sneaky snakes, election-manipulators, child prosecutors, sexual molesters, "Christian" proselytizers, adulterers, drunks and other low life Republican forms.

Wondering why Sortwell (almost typed Shotwell) chose to brandish his firearm in the office of Sheila Stubbs, who is an African-American legislator. Purely a coincidence I'm sure.