"I know it is really a good news story in terms of our ability to reach people and the limited number of deaths that have taken place in such a devastating hurricane," Duke said. 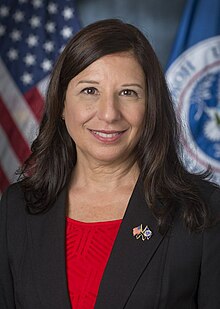 The Miami Herald reported what should have been obvious to anyone assessing a storm of Maria's magnitude, especially on a relatively poor and isolated island where food, sanitation, water, medical, hospital, dialysis and rescue services were obliterated:


On Wednesday, the Puerto Rico government, maintained that the official number of deaths as a result of the catastrophe was 16. But the Center for Investigative Journalism (CPI, for its initials in Spanish) has confirmed that there are dozens of hurricane-related deaths and the number could rise to the hundreds.

That figure would amount to one one-hundredth of one percent of Puerto Rico's 3.5 million people, so, "good news,' right?

Now suppose there were a national catastrophe in the US which killed one one-hundredth of one percent of the country's 323 million people.

Even the early, officially acknowledged death toll in Puerto Rico of 16 computes to 1,477 people nationally.

What I do see is confirmation of the island's Congressional resident commissioner that Puerto Rico has been set back 20-30 years, or San Juan Mayor Carmen Yulin Cruz's statement that it is "a people are dying story," as Reuters reported.

And, sure, go ahead and throw out the statistical comparisons; the Reuters story explained why by any measurement or observation the news from Puerto Rico was anything but good:


SAN JUAN, Puerto Rico (Reuters) - The mayor of Puerto Rico’s hurricane-battered capital spoke on Friday of thirsty children drinking from creeks. A woman with diabetes said a lack of refrigeration had spoiled her insulin. An insurance adjuster said roads have virtually vanished on parts of the island...

"The closest thing we’ve had is when the Army Corps led the effort to restore Iraq’s electricity in the early stages of the Iraq war in 2003 and 2004,” he said.

And today, Sunday, the large orange lout in the White House tweeted that all buildings on the island have been inspected.

Seriously? All buildings? Well, that would explain why the feds hav been so busy that they coukdn't open the gates to the port, where thousands of containers fill of water, food, and supplies were not getting to the dying people. And so, the feds actually there now report that the people without potable drinking water actually is increasing, as it went from 45 percent of the population a few days ago to 55 percent now.

And any of these reports are only guesses, and not good ones, since a news crew went to a town of almost 20,000 only 45 minutes from San Juan, but the townspeople were dismaye that they were amnews crew and not FEMA -- because even that close to the capitol city, that town had yet to see anyone from FEMA, or any troops, or any help at all . . . ten days after the hurricane.

Ten days with no water, no food, no electricity, no communication. Not good news, but at least a news crew got there. Our federal government, their federal government, did not . . . and the general now in charge says that the logistics required are the most difficult ever seen. This, from the feds who once were capable of putting astronauts on the moon, with potable water.