After today's Milwaukee mass murder, JS tells it like it is

[Update: I have edited and changed my original text. The headline should have read "GOP leaders." The phrase "State leaders" is overly broad and not specific to the Republicans who refused to even debate Evers' gun safety proposals. My bad.]

Props to the Journal Sentinel for the strong headline and lede on this evening's story.

Senate Majority Leader Scott Fitzgerald, R-Juneau, early Wednesday afternoon made clear that the state's gun laws would not change under a Republican-controlled Legislature despite a call for a review from Democratic Gov. Tony Evers...

His comments came just after Evers again called on lawmakers to take up legislation aimed at keeping guns away from people who are dangerous, underscoring the deep divide between Evers, Democrats and Republicans on the issue of gun restrictions.

You may remember that several months ago, GOP legislative leaders shut down after about a minute and with no debate whatsoever the special session on gun safety measures proposed by Evers. 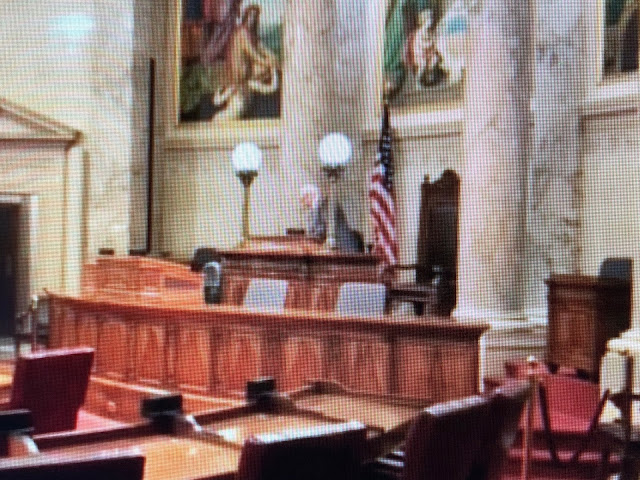 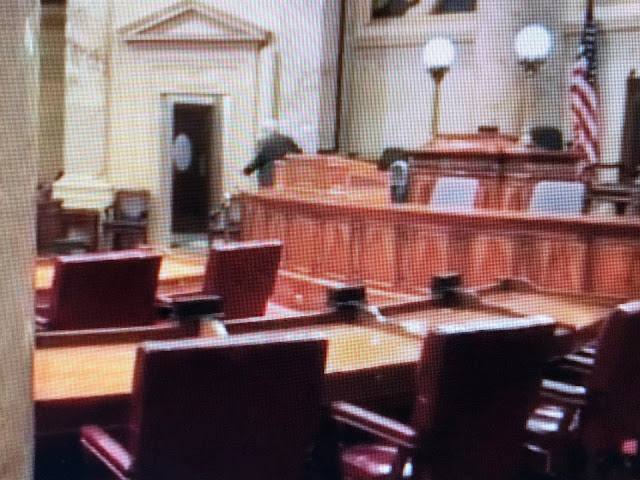 to the arrogance of his outrage, but the video posted by Madison TV station NBC15 of Fitzgerald's contemptuous, cowardly adjournment in mere seconds of a special legislative session called to debate better citizen protections against gun violence will live forever as 'How a Bill Does Not Become a Law.'

I don't know why you want to prop up propaganda like MJS. This appears to be a recurring theme here. JS did not and does not "tell it like it is".

They alone created the myth of Almighty Scott Walker, who was a failure at every level of elected office, but was promoted across the state by MJS and WSJ. Doing so, by inflaming racist hate towards Milwaukee and amplifying it on WTMJ-AM.

The very one-party rule that enables GOP to obstruct meaningful gun legislation. This is what every arm of the once powerful Journal Communications promoted each and every election cycle.

Here's all you need to know about MJS: While an "employee owned" corporation, they published so much trash that they destroyed their very business model and essentially put themselves out of business. No one in Milwaukee should ever support MJS and the rest of the state cannot make-up for the massive circulation declines in their hometown.

It wasn't the internet that killed newspapers. It was the brazen lies reported as noooooze. It was the in-your-face racism directed at metro markets that formerly made publishing news a license to print money that made it impossible to maintain readers that finally had other choices for information that made newspapers irrelevant.

Since when is it appropriate to shout kudos to lying liars when they grandstand like this?

Walker, Wisconsin GOP, and the out-of-state multinational corporations that they answer to need the public distracted and divided over sensible gun laws. The 2nd amendment is constantly misrepresented as giving anyone, including the mentally ill, to purchase any and all type of weapons. The plain and simple text of the second amendment says no such thing.

The lies from republicans mean nothing until mass media casts them across the state in unison. Lying liars that work for the interests of multinational corporations are not the problem. The mass media in Wisconsin, overwhelmingly right-wing contortionists, create the illusion of "great men" like all-powerful Scott Walker, Robin Vos, Scott Fitzgerald -- and yes -- Donald Trump.

If you point is to point out something positive in the cesspool that the combined Journal/Sentinel has become in the hopes that they will stop being a septic tank of lies, then your point is well-taken.

The point I am trying to make is this: MJS is not and has never been a legitimate source of news. USA Today, which now owns MJS through Gannett, was launched in the 1980s to be fluffy drivel entirely devoid of meaningful analysis of news. USA Today has always been the prime example of what journalism professor David Berkman used to call "the lie of objective journalism". Truth does not matter. Without accuracy and truth, there is no news.

Next election cycle, the many Gannett propaganda arms across Wisconsin (https://en.wikipedia.org/wiki/List_of_assets_owned_by_Gannett) will again parrot right-wing talking points, lies about the Second Amendment, and explicitly endorse the same GOP politicians.

You can praise MJS when they get one thing right. It is appropriate to also state that one reasonably accurate headline does not change the fact that virtually every other headline is disinformation designed to prop-up GOP.

Years ago Tommy Thompson started yelling at a teacher in front of probably 100 other teachers for no reason. I was there outside of his office. He made a complete fool of himself. The next day headlines in the Wis St Journal: Teacher Confronts Thompson. I called the editor who said, “who should I believe, a teacher or the governors press secretary. Then I found out dozens called in and got the same answer. Yes, the WSJ is garbage, and gave us the disease called Walker.