Desecration of indigenous peoples' cultures & remains in WI must stop

The Wisconsin DNR, its oversight Natural Resources Board and local governments have got to change their ways and get on the right side of history, humanity and common sense if they want to resolve all the contradictions in these four items:

1.  Interior Department to consult with community leaders on changes to graves and repatriation law

“The repatriation of human remains and sacred cultural objects, and the protection of sacred sites is integral to preserving and commemorating Indigenous culture,” Principal Deputy Assistant Secretary of Indian Affairs Bryan Newland said in a department press release.

...[yet] that is precisely what is happening in two threatened high-profile land and water desecrations - one for a toxifying mining project enabled by corporate tools Scott Walker and Tom Tiffany along the Menominee River on the Wisconsin-Michigan border - 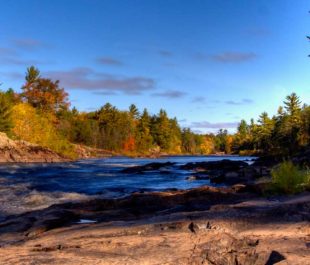 - and the other, separately, on a Lake Michigan shoreline nature preserve and state park in Sheboygan County which has already gathered a host of public agency endorsements.

Archeologists have unearthed human remains of Native Americans who lived up to 2,500 years ago during excavations of the Sheboygan County site along Lake Michigan where Kohler Co. wants to build an 18-hole golf course.

A University of Wisconsin-Milwaukee team in 2018 and 2019 inadvertently encountered  fragments of human bone and teeth from at least seven locations beneath the privately-owned wetlands and forest where Kohler Co. envisions its third championship facility in Wisconsin, according to documents obtained by Wisconsin Watch.

The disturbance came while recovering tens of thousands of ceramics, tools and other artifacts at the 247-acre site during a study required under federal historic preservation law, according to a 2019 report.

In 2010, former Democratic Gov. Jim Doyle signed the first-of-its-kind law in the country. Known as Act 250, it gave the Department of Public Instruction the ability to begin a review process if one individual reported to find a mascot or logo offensive. Doyle’s law required the school district to prove its mascot is not offensive.

Three years later, with Doyle no longer in office, a bill sponsored by then Rep. Stephen Nass, R-Whitewater, moved quickly through the GOP-controlled Legislature and Republican Gov. Scott Walker signed it into law in December of 2013.

The new law placed the burden of proof on the individual who found the mascot or logo offensive. Now, for example, if a student attends Mukwonago High School and finds the Indian chief mascot offensive, they have to submit a petition signed by members of the community equivalent to 10 percent of the district’s student population saying the logo or mascot is offensive.