The NRA is promoting gun sanctuary laws nationally, and there are related debates at the local level in Wisconsin and gun sanctuary activities in several states.

A growing movement of at least 1,200 local governments have declared themselves sanctuaries insulated from state and federal gun laws since 2018, when high-profile mass shootings prompted calls for stronger regulations. Many are symbolic but some carry legal force.

In addition to Arizona, a handful of other legislatures, including in Kentucky, Tennessee and Wisconsin, jumped on the idea this year when Biden took office. During his campaign, Biden pledged to enact universal background checks and an assault weapons ban, among other measures. 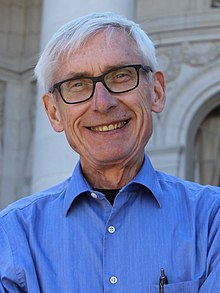 While we await the predictable GOP and rightwing fundraising over the veto of this illegal and propagandistic ploy, you can read Evers's veto message here.

Link to press release by Sen. Mary Felzkowski, one of the bill's co-authors.
http://www.thewheelerreport.com/wheeler_docs/files/071221felzkowski.pdf

Press release states: "This legislation had bi-partisan support in both chambers, including a 29-1 vote on the Senate floor."

Wait. Whut? That's a curious way to describe how Senate Majority Leader LeMahieu asked for unanimous consent to message that bill ALONG WITH SIX OTHER BILLS to the assembly. Record of proceedings records that "Senator Agard, with unanimous consent, asked to be recorded as voting “No” on the question of concurrence in Assembly Bill 293." Parliamentary maneuvers are not the same thing as recording an affirmative bipartisan vote on the bill itself.