The Republican Party under the leadership of Failed 45 and local wannabes continues to rebranded itself into something of a partisan packing house, packaging policy offal and other rancid bits into a putrid potpourri these days.

This is nothing new.

Republicans nationally have moved over the decades from a Jim Crow embrace to Commie-hunting.

Then to welfare queens to death panels to demonizing migrants and caging their kids - always in search of a self-gratifying ego-boost at the expense of less-powerful people - only to lose control in 2020 of the House, Senate and White House for their trouble.

Does this losing streak due to losing issues deter what remains of the Republican Party? 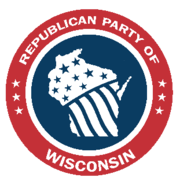 Which houses taxpayer-supported partisans led by Assembly Speaker and surgeon-costumed Robin Vos who spent most of 2020 on vacation while the COVID19 pandemic killed Wisconsinites by the thousands.

The same Wisconsin Republicans whom we're learning have settled on this year's culture war counterfeit concern cynically designed to keep the most-base of its base voters distracted from real problems which the GOP-led-Legislature is pleased to ignore.

And their 'issue' is:

Protecting high school girls on sports teams from boy opponents and others whom the GOP legislators fear may slip into the girls' locker rooms:

Rep. Barb Dittrich, the lead Assembly author of the measures, said they would bolster fairness for women and girls in athletics and support Title IX, a decades-old federal law that bans discrimination on the basis of sex at any institution that receives federal aid.

"Now in a fractured, well meaning attempt at inclusion, women's achievements have once again been put at great risk of loss," the Oconomowoc Republican said at a Capitol news conference Tuesday. "Biological females are losing opportunities at titles, records, scholarships and even participation at times."

Just another day in the life of a family values party that always finds a way to manipulate and victimize families and their kids in a minority.

The next thing you know, we'll be seeing Republicans standing up for the Voting Rights Act, 100% pay equivalency for women, fair redistricting maps, economic and environmental justice, open housing and hiring....