Anglers headed for a popular trout stream in Monroe County, be warned:

The WI DNR says for the first time the fish in popular Silver Creek - and in an inland Wisconsin waterway - have been found carrying an unsafe level of 'forever' toxins.

So after you absorb this dangerous and demoralizing news alert from the WI DNR:

ELEVATED LEVELS OF PFAS FOUND IN BROOK AND BROWN TROUT 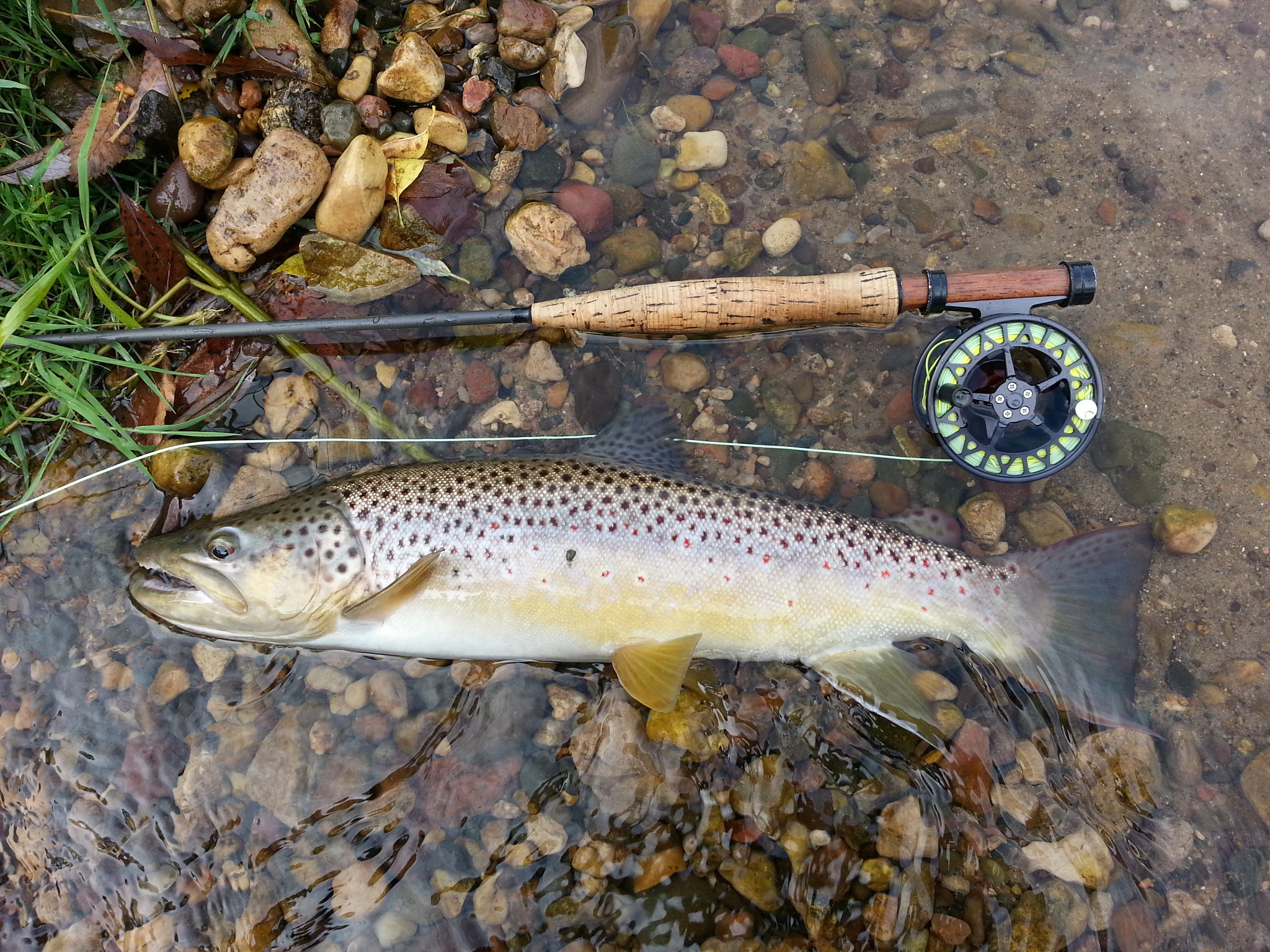 MADISON, Wis. – The Wisconsin Department of Natural Resources (DNR) and the Department of Health Services (DHS) are recommending a new fish consumption advisory of one meal per month for brook and brown trout in Silver Creek located in Monroe County.

As part of the DNR’s statewide PFAS monitoring efforts, trout were collected in July 2020 from two locations in Silver Creek. Elevated levels of PFOS (perfluorooctane sulfonate), the most common type of PFAS (per- and polyfluoroalkyl substances), were found in brook and brown trout in Silver Creek. This is the first PFOS based consumption advisory for inland trout species in Wisconsin....

Silver Creek is a popular destination for anglers who fish for trout at Fort McCoy. Wild brook and brown trout are common in Silver Creek where larger sized fish are present.

- Keep in mind that both houses of the GOP-run Legislature recently and intentionally blocked the DNR from regulating in the public interest the presence of 'forever' chemical pollution in Wisconsin waters:

Senate Republicans also placed in committee a bill blocking a Department of Natural Resources rule designed to fight pollution from PFAS, so-called “forever” chemicals that have entered the environment through products such as Teflon and firefighting foam. Research suggests PFAS can cause health problems.

That move again avoids an Evers veto but effectively blocks the rule for the remainder of the session.

The rule implemented a bill that the governor signed last year that banned the use of firefighting foam except in emergencies and during testing at facilities with DNR-approved containment and disposal protocols. Under the rule, foam-testing facilities must treat foam with incineration, carbon filtration or a custom system approved by the DNR. Such facilities can’t discharge water with detectable PFAS levels.

Business groups complained the DNR lacks the authority to limit PFAS in wastewater and its standards weren’t based on science. The department countered that the standards are needed to gauge if treatment is effective.

The bill prohibits the DNR from drafting any rules that apply to materials contaminated with PFAS, defines treatment as removal or destruction of a contaminant or establishes numerical treatment standards for PFAS stemming from firefighting foam.

Wisconsin Waters - clean and accessible statewide - which the Wisconsin State Constitution says belong to the public.

Wisconsin Waters on which Republic legislative leaders' focus their 'concerns' through news releases and task forces, not real and effective action - and through less visible methods like committee actions rather than floor votes while the full Legislature remained on its nine-month, fully-paid, do-nothing-during-the-pandemic vacation.

Because if Republicans really cared about clean Wisconsin waters and public health - to say nothing about rural economies and their tourism attraction - we wouldn't be looking at a 2021 trout fishing season that comes with a new 'forever' toxin, one-meal-per-month warning.

Nor would we have been faced with this forever, damningly disgusting headline on a PolitiFact investigation.

Yes, GOP did oppose $40 million for lead pipe replacement because it helped Milwaukee too much