One of Wisconsin's least-productive and most ill-informed permanent squatters at the US Capitol public trough said Wednesday he won't disclose whether or not he's been vaccinated against the raging COVID pandemic.

What could provoke such a block-headed and potentially-damaging leadership fail?

...the congressman declined to answer before taking off the microphone and walking away from the interview.

"I don't like to get into taking sides on it," [Cong. Glenn] Grothman said.

Who knew there were sides to public health advocacy during a planet-altering pandemic?

Is he afraid to upset the 'bleach injections work best' caucus, or the 'indict Dr. Fauci followers'?

Does Grothman know that the fast-spreading COVID delta variant is running rampant?

And that even more ominous strains of the virus threaten to kill people, further upend the economy and undo the progress made against COVID.

Progress at great cost led by medical personnel, first-responders and everyday people - progress which can be undone by the partisan ideologues and selfish fools who have put Grothman and his oath-breaking, damage-inflicting colleagues in positions of power.

By the way, here's a one reminder among many of Grothman and his useless GOP colleagues' approach to science, COVID, and disease prevention.

And, for the record, and despite [his campaign ad's many] rambling tangents - from a pitch for Vitamin D (a good thing for seniors like me in our sunlight-deprived winters) - to the robotically-Republican/xenophobic-and off-note slam at China - give credit to Glenn Grothman for airing some masked-up images in a TV spot before its last-second reveal. 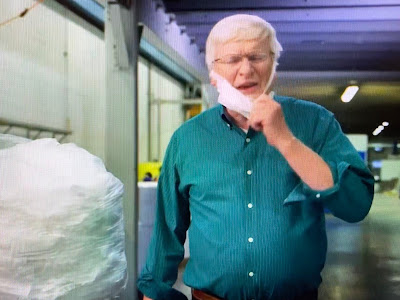 But don't put your hand in that whole bin...oops...well, too late. 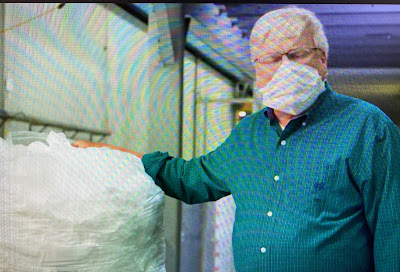 So, when a vote in Congress is called, does he abstain, saying "I don't like to take sides."

Grothman was sitting next to Rep. Clyde (R-GA) during a House Rules Committee meeting on July 28 when Clyde came under fire from Rep. Raskin (D-MD) for his comments downplaying insurrectionist actions on Jan 6. Raskin was still wound up (and rightfully so) from testimony of the 4 capitol/DC police earlier in the day. Somehow Grothman's smug and shrug neutral expression throughout the exchange was more infuriating than the fireworks between Raskin and Clyde. He simply didn't care.

I believe Grossman's (not a spelling error) cognitive decline is nearly complete.

He doesn't seem able to formulate or deliver complete thoughts or sentences.

He was demented from his utterances about single mothers and his disparaging comments on WI protesters.

He is only getting worse. Isn't there a family member who can take away his keys, slap on his bib, and change his diaper?

He is embarrassing himself and is a danger to us all.