Milwaukee Journal Sentinel reporter Paul Smith does a fine job explaining the interagency battle between the WI DNR and its oversight Natural Resources Board, (NRB), that led the DNR Monday to substantially reduce the state's upcoming and sanctioned wolf-killing.

It's the first time the DNR has altered a quota after the NRB had voted on one, according to long-time DNR employees, past board members and the agency itself.

The action underscores the contentious relationship between top department officials and a majority of the current board.

It's also the latest salvo in an ongoing dispute over wolf management in the state.

The NRB, the seven-member citizen board that sets policy for the DNR, voted at its Aug. 11 meeting for a 300 wolf quota.

The decision by a 5-2 vote overruled a DNR recommendation of 130.

Note that both Native American tribes and environmental groups have sued to prevent the upcoming Wisconsin wolf kill - and props to the opponents for standing their ground and fighting to minimize if not end this state-sanctioned barbarism - but I expect the NRB and hunter/gun rights groups to sue to overturn the DNR's move.

And whether it's the DNR's 130 or the NRB's 300 - and while the tribal allotments will save some wolves - a lot of these important natural forest regulators are going to be trapped, shot and killed.

I would add below a few additional facts and matters, especially about DNR kill quotas:

* There have been four state-sanctioned Wisconsin wolf hunts since 2012 and the kill totals in every one exceeded the DNR's quota, with the February, 2021 slaughter being the most brutal.

At least 216 wolves were killed in less than 60 hours, exceeding the state quota of 119 and prompting Wisconsin to end what was meant to be a one-week hunt four days early, according to the Wisconsin Department of Natural Resources.

It's important to understand that these so-called quotas have been repeatedly broken. I've been writing about these realities since 2014:

The DNR says...it's impossible to hit the number precisely because hunters are allowed 24 hours to phone in their sniping, trapping and head-shot successes, and, to date, DNR officials have not closed out a season by erring on the side of caution.

It's more or less a 'sh** happens' scenario. 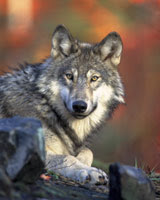 Further undermining state quotas: the illegal killing (poaching) that has killed scores of wolves, making the February hunt carried out during wolf-breeding season especially vicious and in no way science based.

* The refusal of Walker-appointee Fred Prehn to step down as NRB chairman when his term expired in the spring, and the GOP-led State Senate's refusal to hold a vote on a replacement member nominated by Gov. Evers continues GOP power-grabbing which began immediately after Democrat Tony Evers defeated Walker in November, 2018 and GOP legislators began removing or weakening gubernatorial powers which Walker and other governors had exercised routinely.

(This pattern was extended when GOP legislators 'convinced' a friendly Wisconsin Supreme Court in May to restrict Evers' ability to manage the COVID-19 pandemic.)

* One more item: While it's unclear if or at what level Wisconsin's November wolf hunt will unfold, the state's tolerance and support for wolf-hound sanctioned fighting - eight hounds depredated alone in Bayfield County since August 8 - continues under the guise of bear-hunting field training.

And when hounds run off-leash through wolf territory to a gruesome death, Wisconsin pays the hounders $2,500. Even to scofflaws.

With so little concern for dogs, do we really expect the state to value its wolves?

Wolf (and deer) registration should be done in person to a DNR employee or DNR-authorized individual, with a tag attached to the animal to prove it is a legitimate kill. Reduce the time limit to register to 12 hours. The legislature needs to change the law so that a wolf hunt is conducted at the DNR's discretion, rather than being mandatory. Finally, the legislature has to ban the use of dogs during the hunt.

The 'for profit' mentality installed at the DNR by Scott Wanker and the GOP must (to use some of their vernacular), be drowned in the bathtub.

These fools will rape Wisconsin wildlife and resources until there is nothing left.

Vos, Ryan, Preibus, Grothman, Tiffany, Bernier, Johnson, et.al are all ALEC-Trump ass lickers and need to be held accountable for their traitorous actions.

Remind me again of the need to slaughter wolves, in any number